Mother Tongues is a photography series, featuring photographs of endangered language speakers in New York, along with recordings and information about their languages, created by Yuri Marder in collaboration with ELA and with support from the National Endowment of the Arts. The series was on display as part of ELA’s residency on Governors Island from May through October 2021. You can also experience a virtual version on the Google Cultural Institute by cllicking here or on the image above.

Also exhibited at ELA’s house on Governors Island was Cinthya Santos-Briones’ Migration Codex, an ongoing interdisciplinary project that takes up pre-Hispanic codices to explore and engage in dialogue the historical, cultural and semiotic links that exist between pre-Columbian peoples and contemporary indigenous migrants from Mexico and Guatemala who live today in the United States. The project includes participatory portraits, drawings and testimonies written in Indigenous languages.

ELA’s work has also been the basis of the two first-ever exhibits devoted to the languages of New York City, first at City Lore Gallery from January through April 2015, then at the Queens Museum from April to July 2016. An estimated 70,000 people saw the two exhibits. 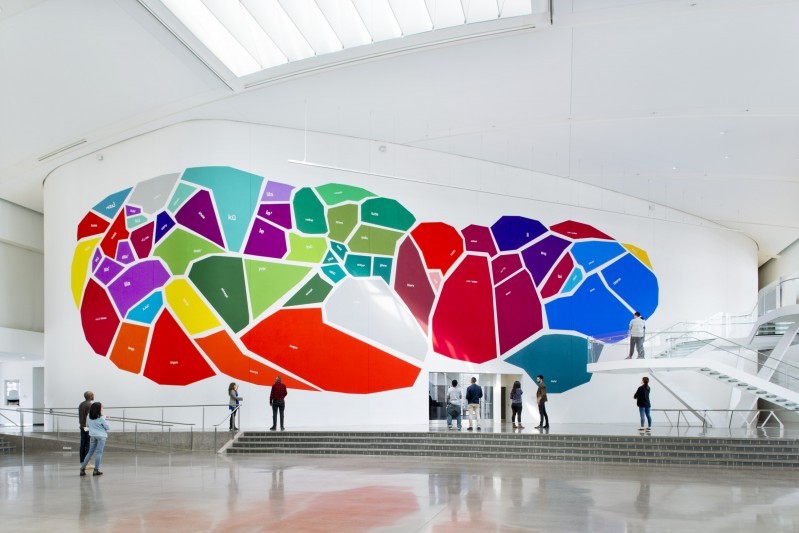 At the heart of both exhibits were ten large, high-quality portraits by Yuri Marder, featuring ELA’s local collaborators in New York City, each one of whom speaks a different endangered language. Accompanying several portraits were sound recordings and short written texts.

At the Queens Museum, the main hall featured The Garden of Forked Tongues, a giant mural created by artist Mariam Ghani based on ELA data, in which each of the 59 polygons on the wall represents an endangered language spoken in Queens. Alongside the exhibit, ELA also hosted a day-long open recording session at the museum on May 29, 2016, recording interviews in Hokkien, Cantonese, Kichwa, Tibetan, Nepali, Mustangi, Tamang, Tashelhiyt, and Southern Zaza, not to mention Spanish and English (about language issues). We talked to devout Buddhists, political refugees, visitors from Malaysia, and a career translator for the NY state supreme court, among others. A June 11 ELA roundtable at the museum, “Languages Lost and Found: A Roundtable” featured writers, translators, linguists and practitioners discussing language endangerment, revitalization and multilingualism in both a local (New York) and global context.

At City Lore,“Mother Tongues: Endangered Languages in New York and Beyond”, sponsored by the National Endowment for the Arts, also included a map highlighting New York’s connection to linguistic diversity across the globe, a children’s book section, information on New York City English, and an area where visitors could record their own language. Many visitors contributed to the show by adding a line to the “People’s Khonsay”, an evolving poem in 50 different languages, in their own mother tongue.

“Mother Tongues” was also featured on Channel 7 and Channel 4 News in New York City, as well as on NPR. ELA also organized seven public programs in the gallery space, almost all of them filled to capacity: